The Grand Opening of Nickelodeon Universe at the American Dream Mall 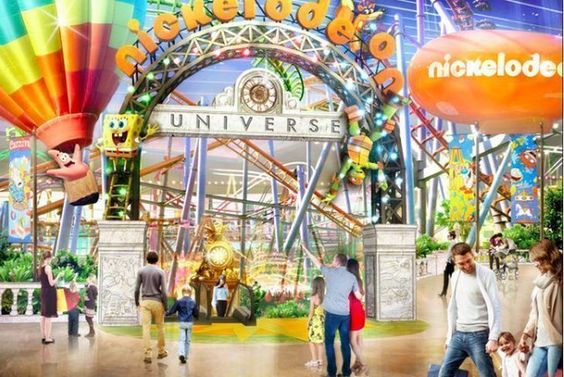 The Grand Opening of Nickelodeon Universe at the American Dream Mall

Nickelodeon Universe, the country’s largest indoor theme park opened Friday, Oct. 25th at the American Dream in the Meadowlands. This is quite impressive as the amusement park is about 8.5 acres. In the park, guests can enjoy more than 35 rides, roller coasters and attractions. This is a huge project that has been in the works for some years now and there’s still more to come.

In addition to the theme park, the complex’s NHL-regulation-size ice rink also opened. The ice rink will host open skating, hockey tournaments, and more. Next month, they plan to open the DreamWorks Water Park, which will be North America’s largest indoor water park. By December, visitors will be able to enjoy skiing and snowboarding indoors all year round, when the Big Snow opens. The final element to open will be luxury shopping, which is planned for March 2020. According to organizers, the mall will include more than 350 shopping experiences.

Transportation to the American Dream Mall

The mall is located off Routes 3, 120 and the New Jersey Turnpike. There’s plenty of parking, at a cost of course, or mass transit can get you there. There’s no direct entrance into the amusement park, so you would have to walk through the mall, down one of American Dream’s two corridors that will dead-end you into the park.

Tickets to the amusement park are available on the American Dream’s website through November 7. After that date you will be able to buy them onsite as well. An All Access Ticket for those who want to ride all the rides, including large thrillers is $49.99. A General Access Ticket for those who choose not to ride the most thrilling rides is $39.99.

The Food at Nickelodeon Universe

As of now, the food is scarce but in the next couple of weeks they’ll have more meal-type offerings. The choices right now are pre-made sandwiches and salads, chips, candy, prepackaged ice cream, soda and water. There was a board that listed the wraps, sandwiches and salads for between $8.50 and $10.25 each.