The Racist Brutality Behind #JusticeForLucca 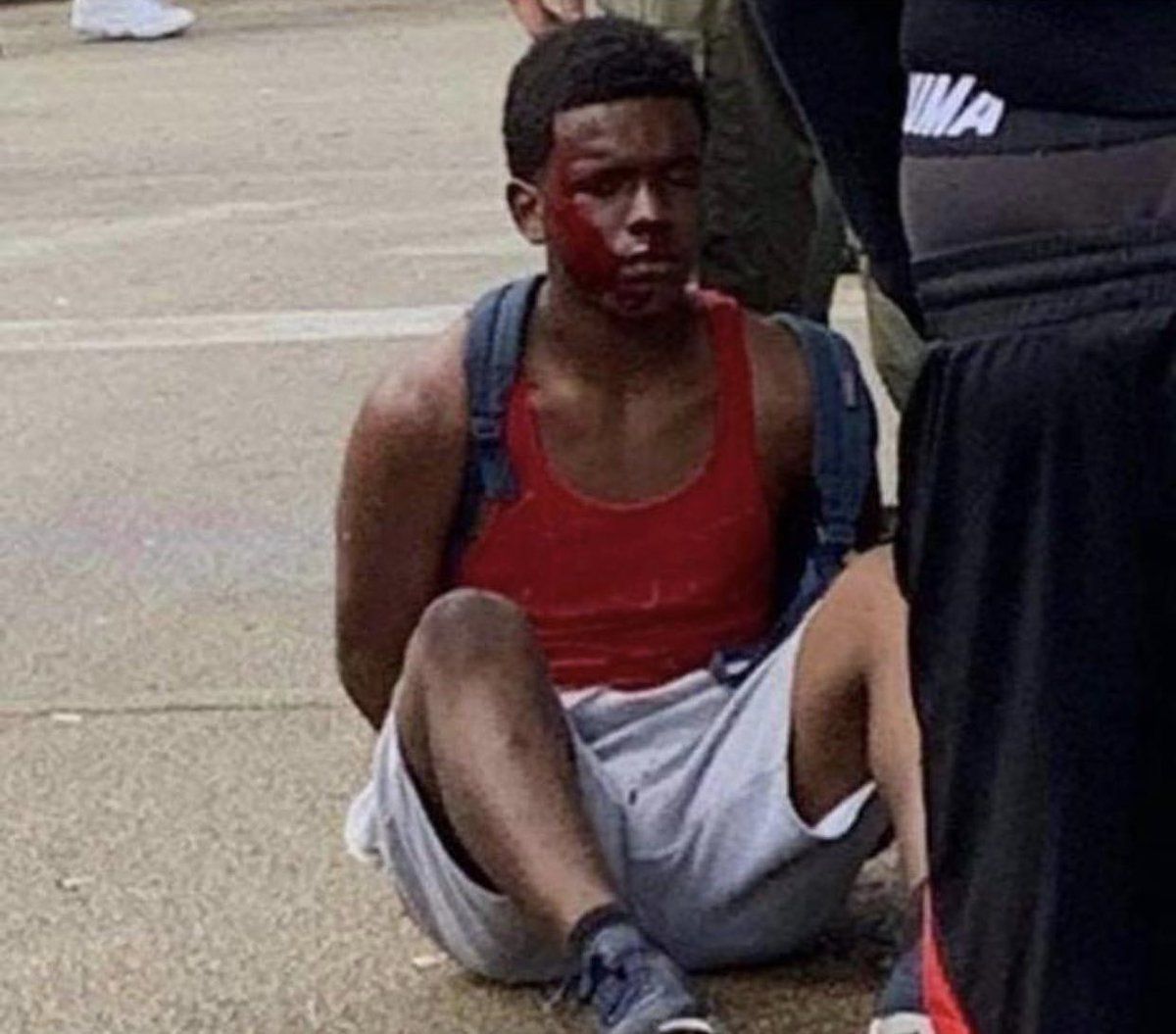 The Racist Brutality Behind #JusticeForLucca

A video has gone viral of two white cops in Florida pepper spraying, throwing a young black boy to the ground and repeatedly punching and slamming his head into the pavement, after he did nothing but retrieve a cell phone of another kid under assault. All of this resulting in the young boy being brought up on charges of resisting arrest and assaulting an officer. What led to this horrible brutality? The high school student was only attempting to retrieve a cell phone that had fallen out of pocket of another teen who was being arrested.

What We Saw on The Video Gone Viral?

This incident began when Broward County Sheriff’s deputies were called to the scene of a reported fight at a shopping plaza near J.P. Taravella High School in Coral Springs, where kids often hang out in McDonalds. When officers Christopher Krickovich and Greg LaCerra arrived, they found, dropped and handcuffed one who they charged with trespassing. As the first kid is on the ground, Krickovich then suddenly grabs the second boy, named Lucca, sprays him in the face, hurls him to the ground, and begins beating him as LaCerra jumps on Lucca’s back. While this is happening there are kids standing around watching, filming, and screaming, “What are you doing? He’s bleeding!”

What the Affidavit States?

“While I was dealing with the male on the ground, I observed his phone slide to the right of me and then behind me. I observed a teen wearing a red tank top reach down and attempt to grab the male student’s phone,” Krickovich wrote. He stated that his partner, LeCerra ordered the other boy to stay back and Lucca “took an aggressive stance and began clenching his fists” and he had feared for his safety. “Lucca’s left arm was free and next to him, while he placed his arm under his face,” he wrote. “I struck the male in the right side of his head with a closed fist as a distractionary technique to free his right hand.” After the video of the assault when viral, the mayor called Krickovich to be fired, the sheriff put him on “restrictive administrative assignment” and announced a “thorough investigation.”

What Activist Shaun King Had to Say…

Thousands of people shared videos of the incident on Twitter and Facebook over the weekend, tagging them “#JusticeForLucca,” and demanding that officers be fired and prosecuted. Activist Shaun King posted contact info for Broward County officials. He also took to Instagram to post the video with the following caption: “Let me tell you what this 15-year-old boy, Lucca, in the red tank top did. He’s a kind, sweet soul. He bent down to pick up the cell phone of another boy who was also wrongly arrested. The phone fell out during his arrest. He didn’t want it to get broken. When he stood up, the officer sprayed his face with pepper spray then proceeded to brutally assault him. These kids were gathered at a local McDonalds after school when police showed up. Lucca broke no laws. Was unarmed. Non-violent. Police then charged HIM with assault on an officer and resisting arrest. Neither, as you can see, are true. These are Broward County Sheriffs Christopher Krickovich & Sgt. Greg LaCerra. Now ask yourself why this unarmed nonviolent Black boy was brutally assaulted and the white men who shot up schools, churches, and movie theaters, slaughtering men, women, and children, were arrested without a single scratch. You know the answer. #justiceforlucca.”

The 15-year-old appearing in court Friday morning, where he was formally charged with assault, resisting arrest and trespassing. On Monday, Broward State Attorney Mike Statz announced in a statement that his office was also investigating the arrest and his “prosecutors and investigators” have a scheduled a meeting Tuesday “with the attorney for the 15-year-old student.”